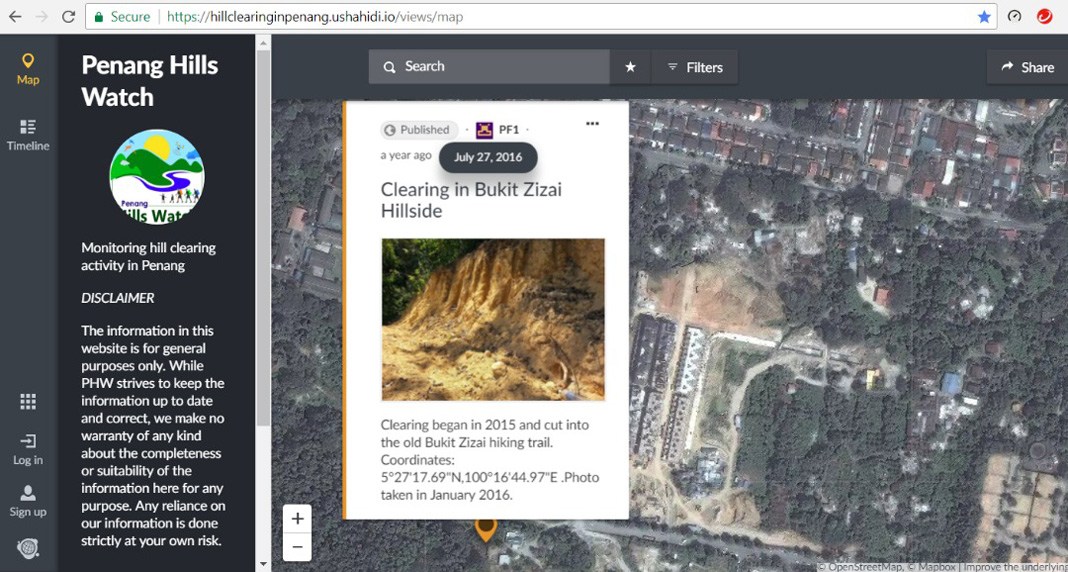 Penang Hills Watch is an initiative launched by Penang Forum on 31 October 2016 to allow the public to monitor hill clearings in Penang and report them to us for verification and mapping.

Reports of the latest cases are then periodically submitted to the authorities for their response and action.

[A major landslide occurred at the site of Case number 70 (first reported as Case numeber 12 in the first PHW report) in Paya Terubong on 19 October 2018, killing about nine people.]

First report to MBPP, prepared on 31 December 2016 (Cases 1-29 of hill clearings), updated on 5 February 2017 to incorporate MBPP’s responses to each case. [A major landslide occurred at the site of Case number 1 in Tanjung Bungah on 21 October 2017, killing 11 people.]